When you have ADHD, you feel like you are the only who feels the way you do. I’m sharing a client story (with her permission), and maybe after reading it, you won’t feel as alone.

Angela discovered and communicated to me that she was diagnosed with ADHD when her son was diagnosed with ADHD. When a child has ADHD, typically one or both of the parents have ADHD. Angela was relieved to find out there is a reason why she is the way she is, and with medication, she was eager to clear her clutter and set up systems to keep her home organized.

Angela has a beautiful home, although most of the spaces are cluttered. Paper (years of it) was kept in beautiful baskets and bags. Every time the cleaning service came to clean the home, all surfaces were swept of paper into these baskets and bags and then never looked at again.

Angela and Anne spent several days sorting those years of bags and baskets of paper. Then we set up a prepackaged file system for her and taught her how to use it by filing the papers she kept into the system. Once we completed that process, she said to Anne, “ I have a room I would like to show you that I think I want you to help me with.” Anne said, “Great where is this room?” Angela replied, “Upstairs. It’s the bonus room.” And therein lies the problem; it is an undefined, un-purposed space. The picture below is Angela’s bonus room. 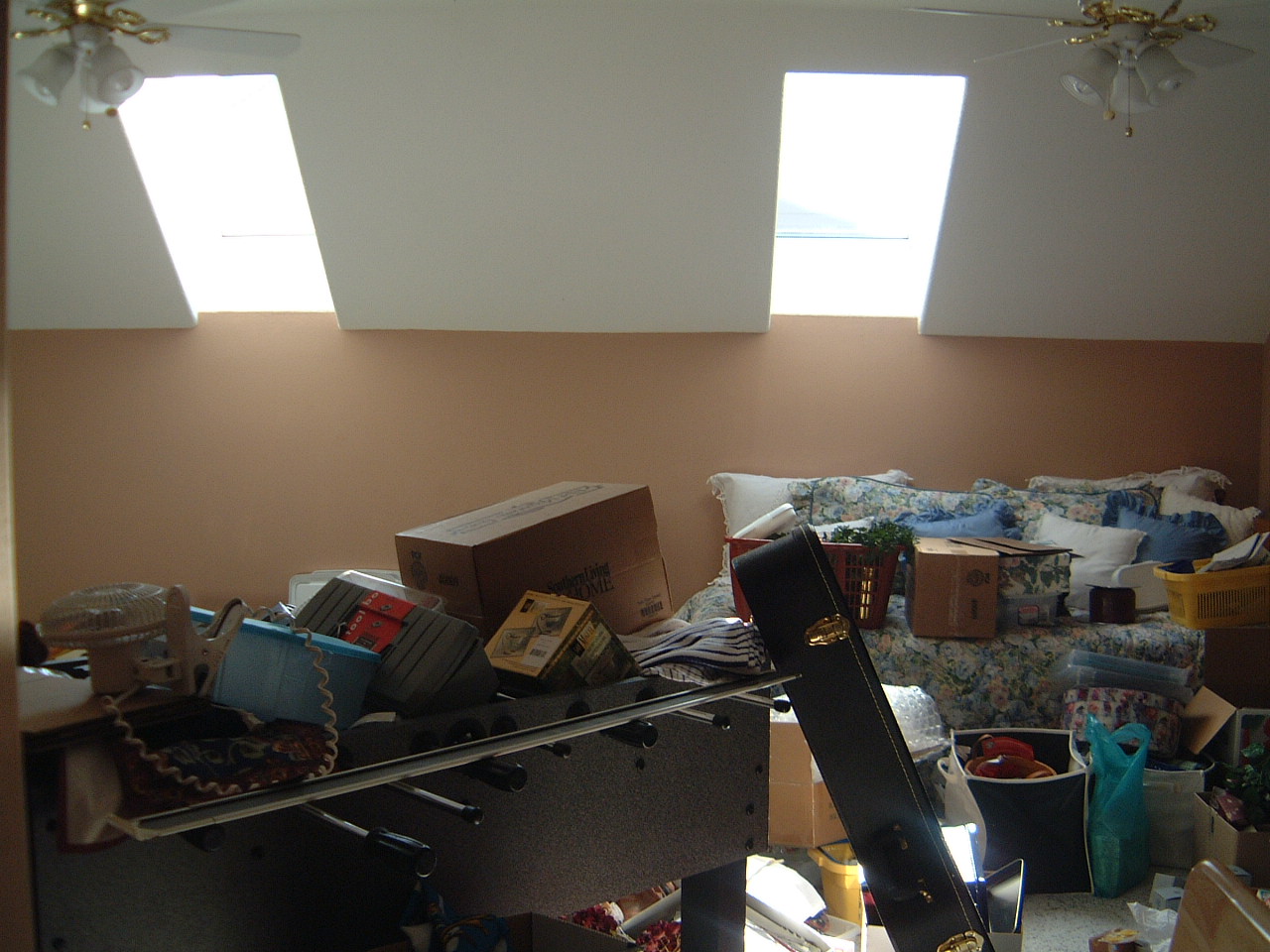 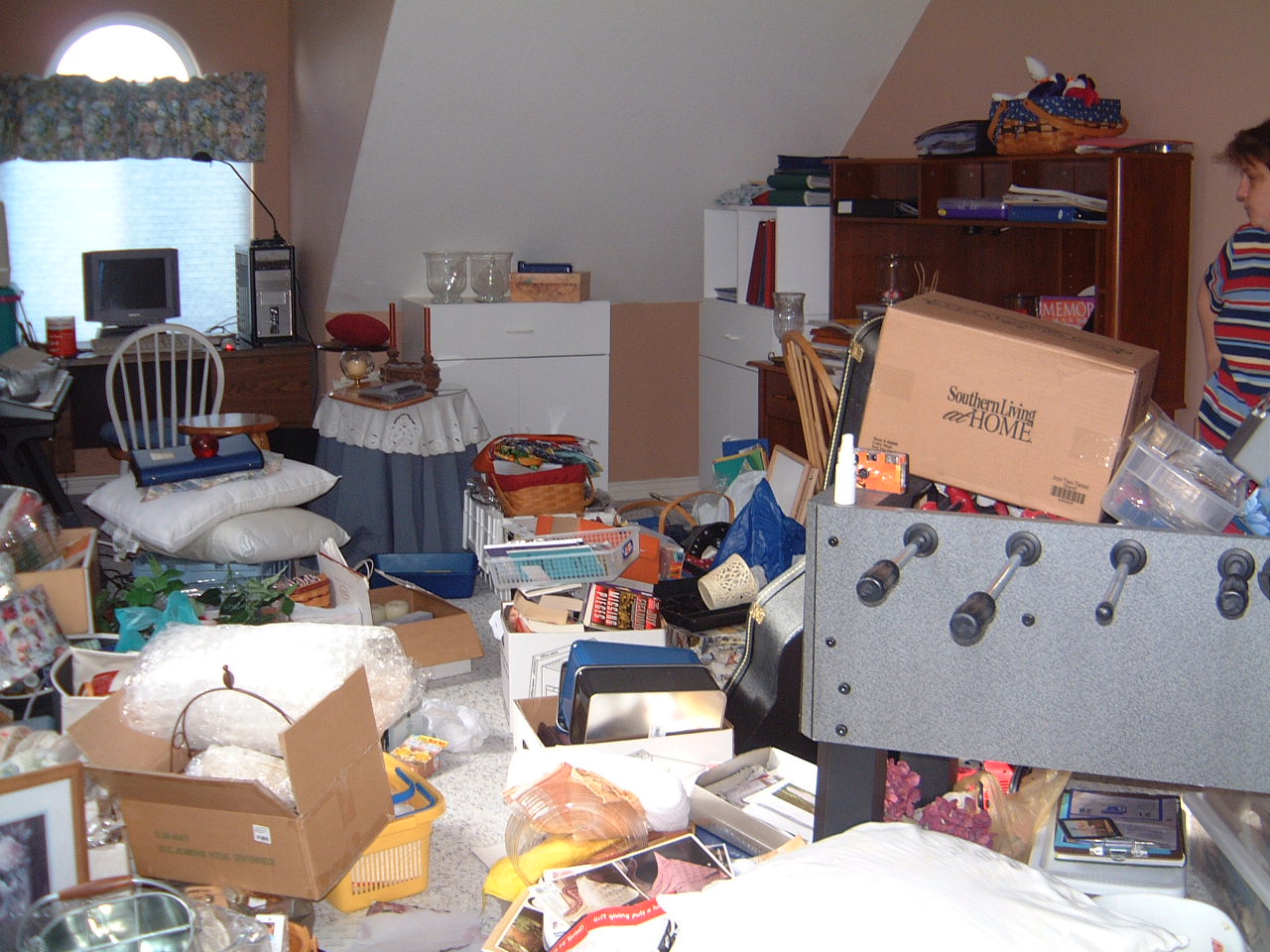 Anne asked Angela what she wanted to do in this space. She gave her question some thought and replied, “Well, I like to decorate the house for the different seasons, so I want to store home décor here. And I like to create memory books and other craft projects. Maybe play the guitar and hang out.” Angela redefined her “bonus room” as her “creativity center” to give it purpose to help us determine the criteria for what would stay in the creativity center and what didn’t belong there.   The next week, Anne and Angela sorted and purged her bonus room based on those activities.

Angela now has a place where she can create her memory books, work on craft projects, and play her guitar.

“‘Give me a pile of mail, and you might as well strangle me,’ Angela Coel says. At least, that was the old Coel. For years, although she managed to stay ahead of the curve at work, Coel always felt as if her ‘tail were on fire.’ And when she quit her job to stay at home with her kids, her chronic level of disorganization overwhelmed her."

“Then in 2002, Coel was diagnosed with attention deficit disorder, began taking Ritalin, and started looking at things differently. Rather than seeing her problems as a moral failing, she began to view them as practical issues to be fixed. She decided to get help from someone whose skills complemented her own—a professional organizer.” 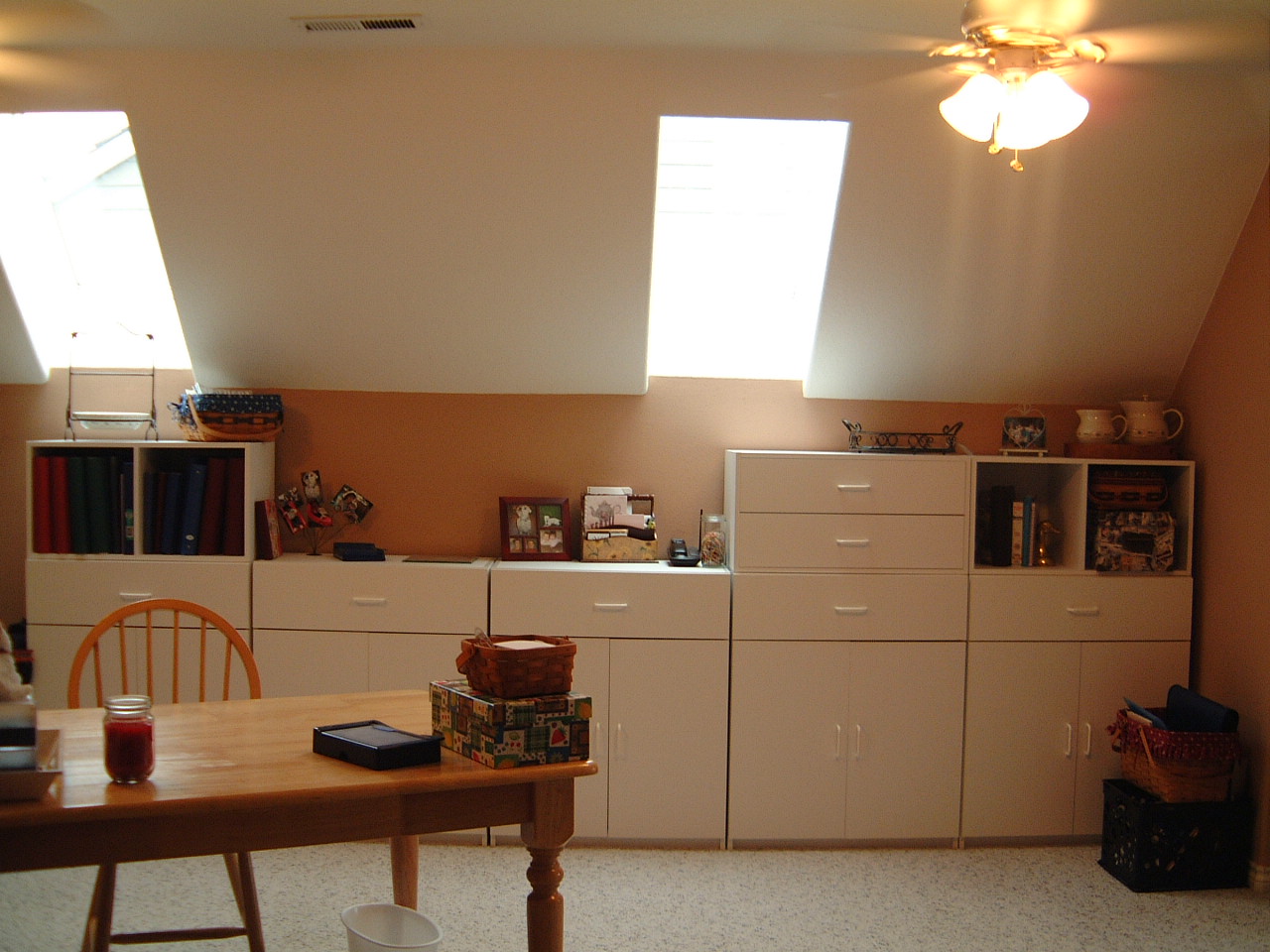 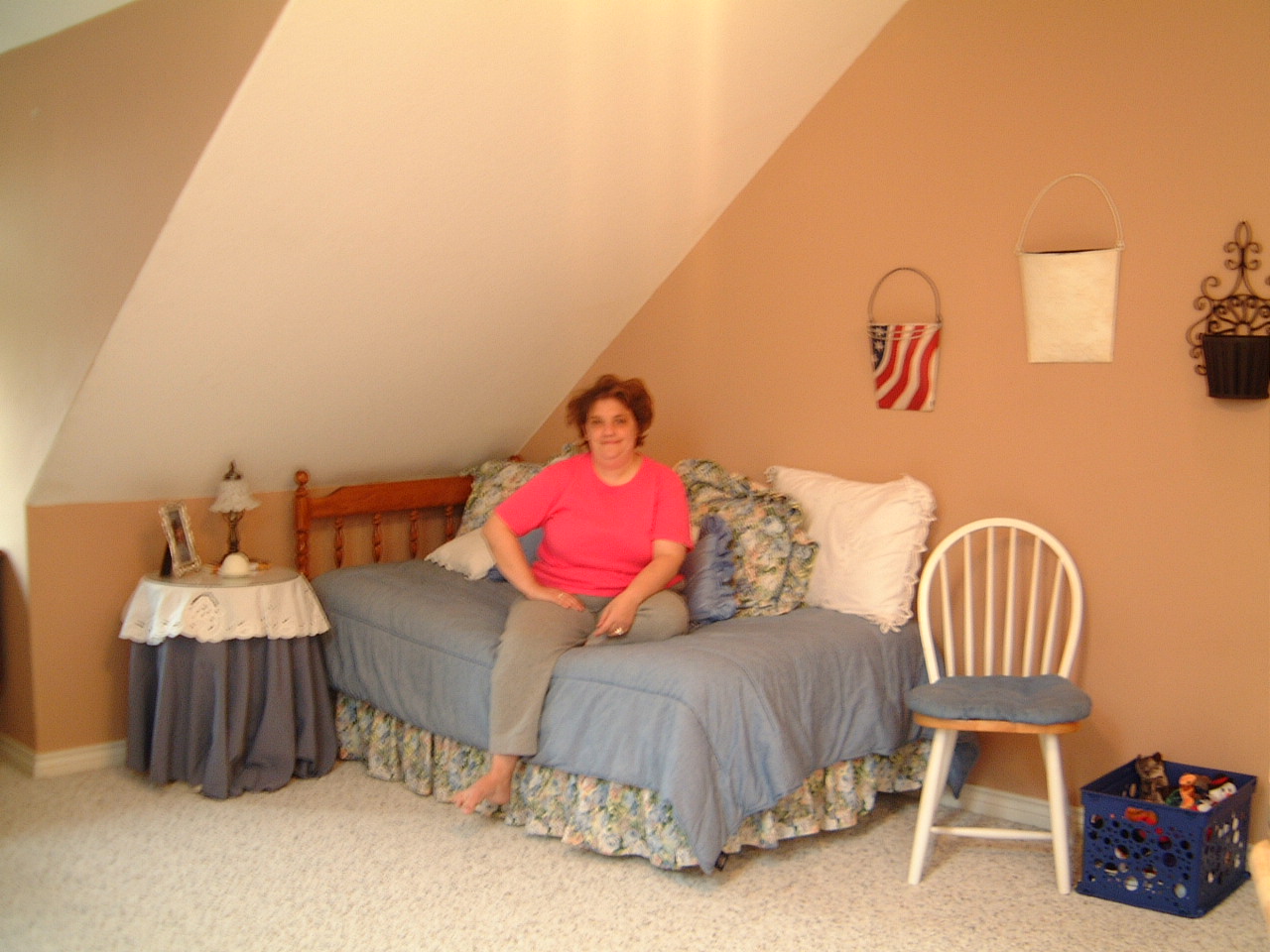 “It’s amazing; my bonus room is no longer a chaotic catchall. It is now a clutter-free zone creativity center where I can work on my photo albums, plan my holiday activities, wrap gifts, and enjoy a good book. I am so appreciative of Anne, I can’t say that enough. She coached me through the entire process. I feel so much calmer now that everything has a home. You, Anne, not only cleared the clutter from my home, you cleared the clutter in my head. I have ADD and this is a freedom I’ve never felt. On top of all that I feel so much lighter - I feel like I have lost 50 lbs!! Thanks a million for your help Anne, you have made me so happy and you are worth every penny”. 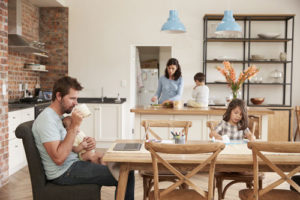 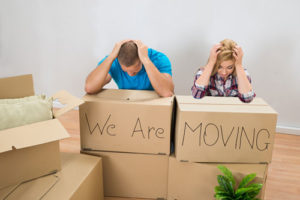 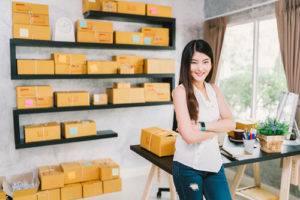 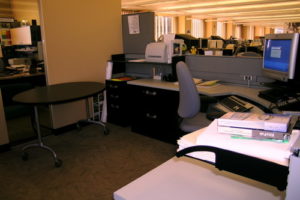 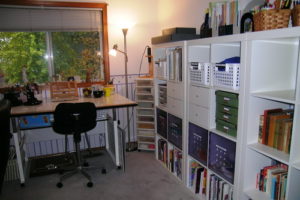 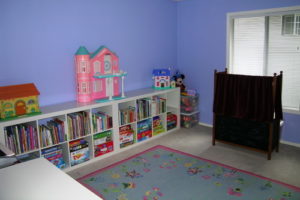 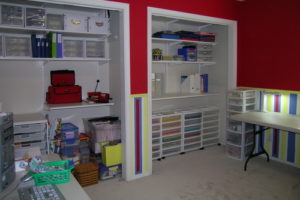 This website uses cookies to improve your experience. We'll assume you're ok with this, but you can opt-out if you wish. Read More

Accept Decline Cookie Settings
I consent to the use of following cookies:
Cookie Declaration About Cookies
Necessary (0) Marketing (0) Analytics (4) Preferences (0) Unclassified (0)
Necessary cookies help make a website usable by enabling basic functions like page navigation and access to secure areas of the website. The website cannot function properly without these cookies.
We do not use cookies of this type.
Marketing cookies are used to track visitors across websites. The intention is to display ads that are relevant and engaging for the individual user and thereby more valuable for publishers and third party advertisers.
We do not use cookies of this type.
Analytics cookies help website owners to understand how visitors interact with websites by collecting and reporting information anonymously.
Preference cookies enable a website to remember information that changes the way the website behaves or looks, like your preferred language or the region that you are in.
We do not use cookies of this type.
Unclassified cookies are cookies that we are in the process of classifying, together with the providers of individual cookies.
We do not use cookies of this type.
Cookies are small text files that can be used by websites to make a user's experience more efficient. The law states that we can store cookies on your device if they are strictly necessary for the operation of this site. For all other types of cookies we need your permission. This site uses different types of cookies. Some cookies are placed by third party services that appear on our pages.